What the U.S. Supreme Court’s stay of the Clean Power Plan means for the fenestration industry

On October 23, 2015, the U.S. Environmental Protection Agency released the final version of the “Carbon Pollution Emission Guidelines for Existing Stationary Sources: Electrical Generation Units” 80 Fed. Reg. 64,662, also known as the “Clean Power Plan.” The CPP’s unwieldy official title only hints at the complexity of this 303-page regulation. It consists not only of another 152 pages of legal memoranda to explain the government’s basis for the legal foundation of the regulation, but also the government’s 7,565 responses to public comments regarding concerns and requests for clarification.

As a governmental agency regulation, the CPP did not go through the ordinary legislative process but is nevertheless subject to unique administrative rule-making checks and balances, not the least of which is judicial review. Twenty-nine states and various private trade associations sued the EPA soon after the finalization of the CPP and, on February 9, 2016, in a very succinct ruling from the U.S. Supreme Court, it halted enforcement of the CPP by granting a stay. The vote was five to four, and is reported to have been Justice Scalia’s last vote as a Supreme Court Justice prior to his death.

In a nutshell, the CPP is a wide-ranging regulation aimed at reducing greenhouse gas by establishing mandatory state plans for energy industry emissions. These regulations, the states argue, are usurping traditional state-based regulation.

What does this have to do with the fenestration industry? As addressed in a June 2015 article in Glass Magazine’s sister publication, Window & Door, the CPP pertains to this industry because of its underlying promotion of energy efficiency and potential impact on “demand-side” regulation.

The National Home Builders Association reports that, through its efforts during the comments process prior to the CPP’s final version, it was able to help limit demand-side impacts on the building industry through the EPA’s removal of provisions which might make energy-related building codes part of the mandatory federally enforceable state plans. However, the continuing evolution of the government’s role in energy conservation, whether code-based or through beyond-code incentives, makes it clear that the fenestration and glass industries will be a guest at this party for the foreseeable future.

The legal challenge to the CPP is proceeding at the trial court level; arguments regarding the propriety of CPP should continue well into this and perhaps next year. A new president, who sets policy for agencies such as EPA and the Department of Energy, as well as a new Supreme Court Justice, will impact the scope of regulations such as the CPP and how they are implemented. We can be assured that staying abreast of these changes will be necessary for the fenestration and glass industries. 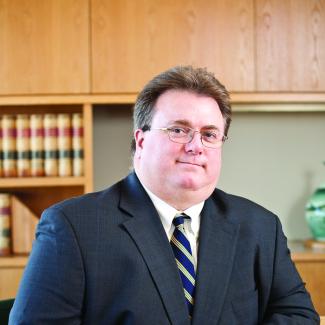 John Nolan is an attorney with The Gary Law Group, a law firm based in Portland, OR, focusing on legal issues facing manufacturers of windows and doors. Contact him at 217-526-4063 or John@prgarylaw.com.