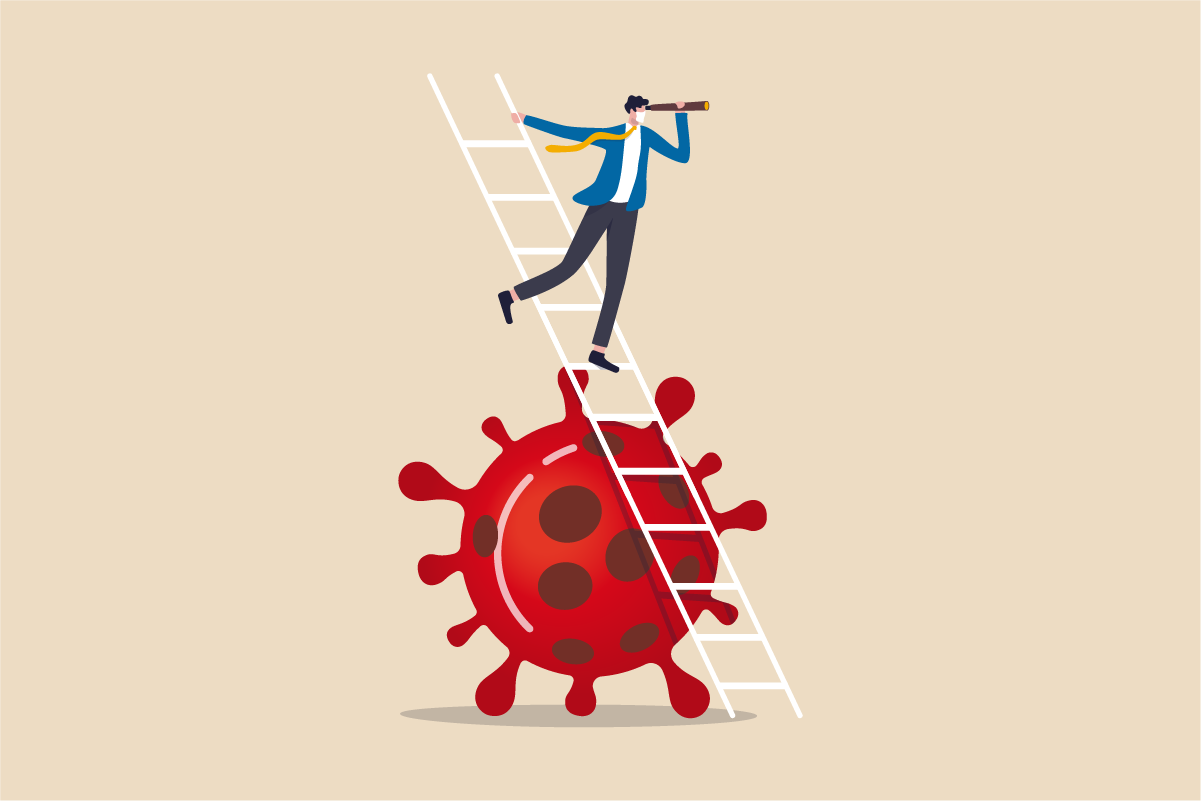 Information is based on projections from the Dodge Construction Outlook 2021 from Dodge Data & Analytics. Read the complete Glass Magazine Annual Forecast in the January/February edition.

2020 was rough for commercial construction.

We saw the commercial construction growth trend come to an end.

Commercial construction expanded for 9 consecutive years—2010 to 2019—in which starts grew from $42 billion to $139 billion, a 231 percent increase. 2020 brought that growth trend to an end.

Commercial building will bounce back some in 2021 but will remain far below peak.

Commercial construction starts are expected to rebound slightly in 2021, growing 5 percent year-over-year. However, forecast spending will still sit 18.7 percent below the 2019 peak. 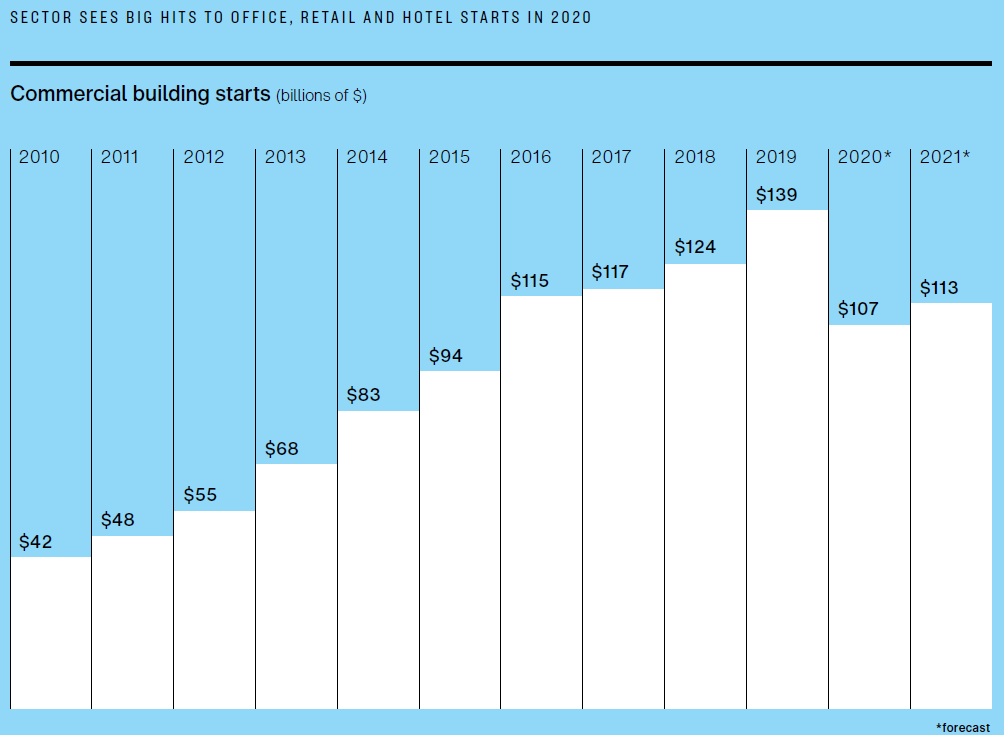 Work from home “turned the office market on its ear.”

“Workers have shifted out of [cubicles] and into our dining rooms, and a good portion have not returned to the office,” says Richard Branch, chief economist, Dodge Data & Analytics. As of fall 2020, only 25 percent of office employees had returned to the workplace full-time.

Even so, office construction should return to growth in 2021.

Branch says he questions whether the work-from-home trend will continue at such a high rate once employees can return safely. While office starts dropped 22 percent from 2019 to 2020, falling to $42.4 billion and returning to 2017 levels, 2021 should see slight expansion of 5 percent for the segment, according to the Dodge forecast.

Bankruptcies will stymie recovery for retail.

Retail starts fell 25 percent in 2020. They are expected to rebound 7 percent in 2021 to $13.3 billion, putting them at just below 2011 retail spending levels. “It’s bad news for retail. We’re going to see bankruptcies rise until early 2021, which will push vacancy rates up and suppress starts,” Branch says.

There’s not much good news out there for hotel construction.

The hotel market took the greatest hit among commercial building segments in 2020, dropping 46 percent from $18.1 billion in 2019 to $9.7 billion in 2020. The segment won’t fare much better in 2021, with an additional 7 percent decline projected. 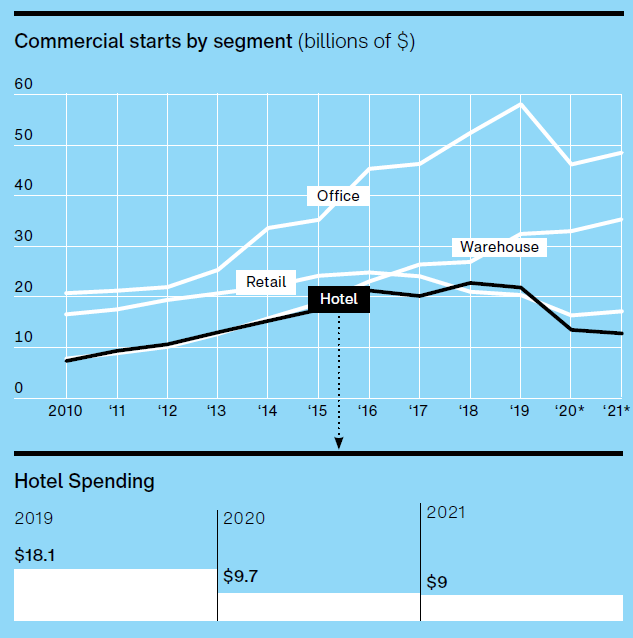 Warehouse was the only area of growth in 2020.

The only commercial building segment to see gains in 2020 was warehouse building, growing 2 percent to $30.7 billion. The sector will grow another 8 percent in 2021, according to forecasts. Notably, warehouse construction has grown eight-fold since 2010.

Thank Amazon for that warehouse growth.

Amazon represented 16 to 18 percent of total market share for warehouse construction in 2020, according to Branch.