I start with something this week that I was never going to blog about. Several months ago, the documentary “American Factory” was released. It was focused on a glass manufacturing and fabricating operation in Ohio. Obviously, you all know me—I live for glass and something like this, well, I am there. I immediately watched this documentary and when it was over, I said to myself, there is no way I will ever blog about this. Why? Because this documentary, for however interesting as it was to watch—more on that in a moment—was an absolutely awful look for the glass industry.

While most people watched it for the culture aspects­—Chinese company and the U.S. worker—I was struck by how our “world” looked. I cringed when workers complained about the heat, the danger, the weight, the struggles, and so on, with handling glass. I was bummed when a worker during the doc said he worked 30 years at a GM car plant with no injuries and in a few months in the glass world he’s been injured a couple of times. I just hated that despite some awesome beauty shots of our product being made in the beginning of the doc, the rest of it really made glass look ugly and pedestrian.

In the end, I didn’t want to draw any extra attention to it. I was hoping this would just fade away. Then last month I saw that this documentary was garnering Oscar attention. Then it got nominated. And then this past week it won. I will say, once you take the glass industry aspect out of it, that it was a fascinating documentary. I thought there were some very biased angles, but that is in most documentaries anymore.

But in the end, I just couldn’t stand that it made the glass world look like a terrible place to work. We have great companies, people and operations. I didn’t blog it because, quite frankly, I didn’t want anyone who hadn’t watched to do so. Now, though, it surely doesn’t matter; my blog is popular (LOL) but slightly less popular than the Oscars. That said, if you haven’t seen it, go watch and let me know what you think. Maybe I am too hyper-sensitive to the glass industry? By the way, anyone who didn’t know anything about this movie, but watched the awards will probably remember this win for the film-maker quoting Karl Marx and the Communist Manifesto in her acceptance speech more than anything else… so there’s that. End of the day, I want our world thought of fairly and in as good of light as possible, and in my opinion this doc did not do us justice.

9. Oregon. Again, thought it would be higher given the emphasis on green building in that region.

8. Minnesota. Love my friends from this great state.

7. Virginia. I assume that the government connections help here, and also for No. 6.

5. Hawaii. OK, I surely didn’t see this. I have to admit, I know Hawaii is paradise but fifth biggest LEED state in U.S.? Shocker.

4. Massachusetts. Makes sense to me actually.

2. Illinois. Color me stunned here—much higher than I thought

And No. 1: Colorado. I truly expected this to be Washington State, so seeing Colorado threw me. No doubt Colorado is very active in sustainability, has some excellent net zero projects, so this makes some sense. But if you asked me, going in, I would’ve guessed Washington, California, New York and Oregon as my top 4. 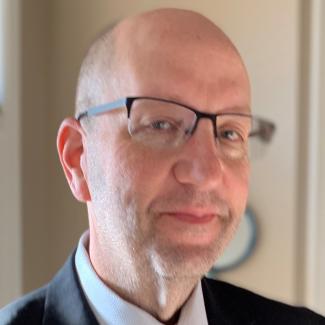