I’ve been trying to steer clear of a lot of virus related material, but unfortunately this week I have a bunch. Hopefully, next post I can get back to more topics that can allow you to think on something else!

I sat in on the ConstructConnect webinar this week that was an update to bring folks up to speed on the current construction forecast landscape. As you could imagine, it was pretty rough but as always I found a positive or two. Starting though on the bad side; the revised AIA consensus forecast has us now down 11 percent for the year on nonresidential and 14 percent down on commercial. The areas that are struggling are what you would expect; retail, hotels, and office buildings. All will surely go through some re-imagining―see more on my thoughts on the future below. Areas of hope are also somewhat obvious―health care, education and public safety. The long-range nonresidential forecast is being predicted to not get back to 2019 levels until 2024. (I wanted to throw up when I saw that.)

Now the “positive news,” because I have to try and be hopeful, right? There’s evidence of a moderate uptick in new projects hitting the streets. That goes in hand with what we were seeing with the new project inquiries on the ABI.

Obviously, everything is very fluid right now and things can and do change but this report surely was ugly. Also, this is really uncharted stuff, so there’s no playbook for this analysis. It could be right or could be wrong; we don’t have any historical base to work from. There’s another big webinar coming up on the 26th, so we’ll take that one in and report back then.

Bottom line? We all have to keep being strategic, diverse―design and code changes will help glass―and active in fighting and marketing for our businesses and world. 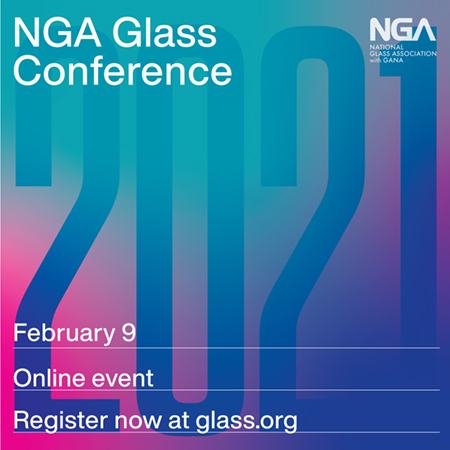