Automation is “the method of making a machine, a process, or a system work without being directly controlled by a person,” according to Merriam-Webster’s dictionary. Flexible automation, one of the three main drivers of Industry 4.0―the others being connectivity and intelligence―has significantly changed the way companies, including glass fabricators, do business. Most flexible automation solutions/strategies are aimed at medium or large companies allowing them to do more with less. These solutions have overlooked a significant part of the North American glass fabrication industry, small fabricators. Smaller fabricators are focused on a city or region. It is time smaller fabricators were able to employ an integrated software solution.

Before we continue, let us address two issues: what the term “smaller fabricator” means, and the effects of automation on workers. First, according to Nick St. Denis, director of research for Key Media & Research, an information provider to the glass industry, “Smaller glass fabricators (each with $10M or less in annual revenue) make up more than half of the fabricators in North America, yet account for less than 10 percent of the total market sales-wise.” Second, since Henry Ford’s assembly line, people have feared the loss of jobs due to automation. After years of automating factories, we recognize that automation can enable companies to address the labor shortage while also positively affecting the component tasks of jobs thus enhancing worker skills rather than taking jobs away.

Applying automation requires thinking outside the boundaries of traditional jobs, units, hierarchies and processes. Automation involves the use of software to deconstruct and reconfigure certain job functions. Through deconstructing and reconfiguring, you can “automate” repetitive functions within a job, freeing up your staff to focus on more vital/new/higher-skilled job functions. For example, if you run a glass cutting line, you can achieve greater efficiency through the installation of a software solution that allows all machines to work together. By automating under one software solution, you streamline the factory allowing for greater optimization and efficiency.

This is just one example of how automation through software helps glass fabricators of all sizes, but especially smaller fabricators, streamline processes, compete, and survive in these uncertain times. The process of automation depends on many factors―too many to discuss in this article. (Many articles on automation for smaller companies can be found through a Google search. I recommend you take the time to understand the challenges and keys to success.)

At its core, automation is about optimization. When a process, such as a cutting line or managing residual sheets of glass is automated, you as a business owner can solve short-term problems that lead to long-term success. By becoming more efficient through automation, you can improve return on investment (ROI), reduce costs, decreased waste, increase revenue and much more.

So, as 2021 approaches, it’s time that smaller fabricators start thinking about ways to automate processes within their facility. Take the time to invest in your business through software that will benefit the company in the short- and long-term. Your company’s success and that of your employees depends on your ability to change/adapt to the times. These uncertain times call for doing more with less. Automation and software can help you survive these unprecedented times and be ready for when the world returns to ‘normal.’

I encourage you not to solve today’s challenges with yesterday’s solutions. Instead, implement solutions that meet todays’ and tomorrows’ challenges. 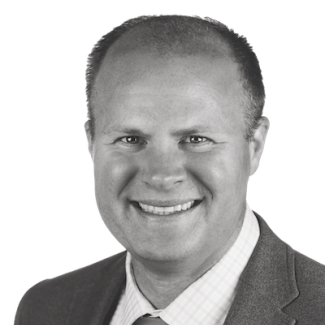 Chris Kammer is the marketing lead for A+W Software North America. Kammer can be reached at chris.kammer@a-w.com and 847/220-5237.