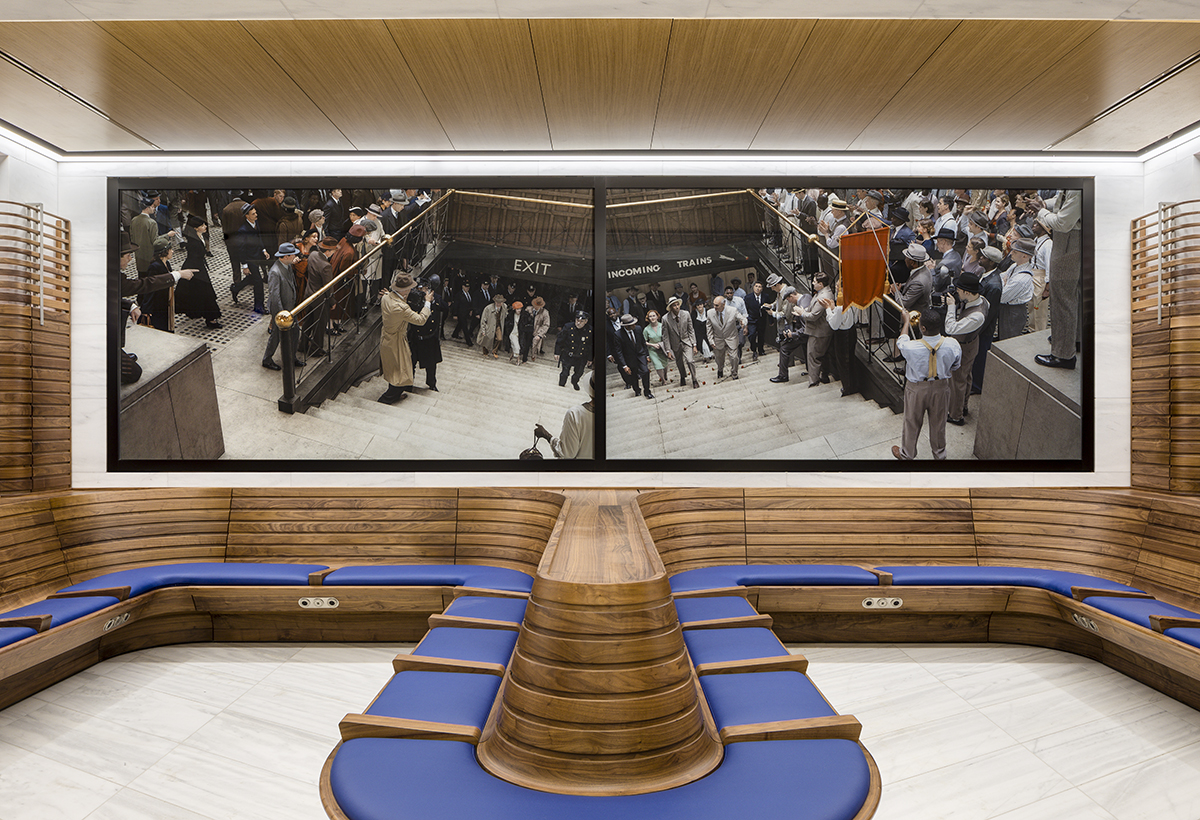 As of January 2021, Moynihan Train Hall, located in New York City's Penn Station, is complete and ready to accommodate New Yorkers. This ambitious project comes with a revival of classic architecture alongside a helping of modern art, which General Glass International, GGI, brought to life with its Alice direct-to-glass printing process.

Initially spearheaded in the early 1990s by Senator Daniel Patrick Moynihan, for whom it is named, Moynihan Train Hall serves both as an extension of Penn Station’s concourse and a callback to the structure and style of the original Penn Station, which was dismantled in 1963 and replaced five years later with the oft-maligned underground station that has served the city ever since. Bringing everything full circle, the 255,000- square-foot-train hall is located in the Farley Building, which, in 1912, was designed to be the architectural companion to Penn Station and became known as the James A. Farley Post Office. The project itself embodies adaptive reuse, molding the building’s structure from its initial construct into something new—and in this case, something new with a heavy nod to the train station the Farley Building was initially designed to mirror.

In a full juxtaposition from the current Penn Station’s drab environment, Moynihan Train Hall is filled with both light and site-specific artwork produced by some of the world’s most renowned artists. Commissioned by Empire State Development and in partnership with Public Art Fund, the selection of artwork includes pieces by Stan Douglas, with his series, “Penn Station’s Half Century,” as an homage to the original Penn Station.

This impressive series spans more than 80-feet of glass wall and complements a waiting area for ticketed passengers. To build this, Douglas drew upon archival research to capture nine small but significant moments that occurred within Penn Station, from an impromptu vaudeville show directed by Burt Williams in 1914 to the emotional goodbyes of a soldier leaving his family for the front lines during World War II. Each moment was recreated and staged with models adorned in period costuming. Due to the COVID-19 pandemic, each model was photographed separately—including those who appear in portrayals of large crowds—and they remained masked until the second it was time to snap the picture. The images were then layered upon one another to great effect against a backdrop of digitally reconstructed interiors of the former station, which were painstakingly created by referring to old photos and blueprints. In total, 400 people were photographed—100 for each day of shooting. The shoot itself took place inside an empty hockey arena in Vancouver.

As Douglas’ largest piece of public art installed to date and his first permanent display, finding a glass fabricator with the ability to reproduce the quality required and in large format was key, along with the need for a durable solution to stand the test of time. The answer was GGI’s Alice direct-to-glass printing process. The images were recreated via a durable ceramic frit paint, which was digitally jetted onto the surface of OptiWhite glass—an extra-clear, low-iron float glass, making it ideal for applications where both transparency and color purity are the desired outcome. The full artwork display is spread across nine oversized glass panels, installed in four niches: each niche measures 6 feet 1 5/8 inches high by 22 feet 2 ½ inches wide, and ½-inch deep.

“Public art displays are an important part of our portfolio, and we are honored to be a part of this magnificent project—especially since New York is home to us and where our business was founded in 1900,” says David Balik, president and CEO of GGI. Designed to accommodate a range of high-resolution printing needs, including complex large format images and artwork adaptation, GGI’s Alice direct-to-printing process is ideal for interior and exterior applications. The ceramic frit paint is also UV, fade, and scratch resistant, ensuring the art itself will be as vibrant years down the line as it is the day Moynihan Train Hall tickets its inaugural passenger.