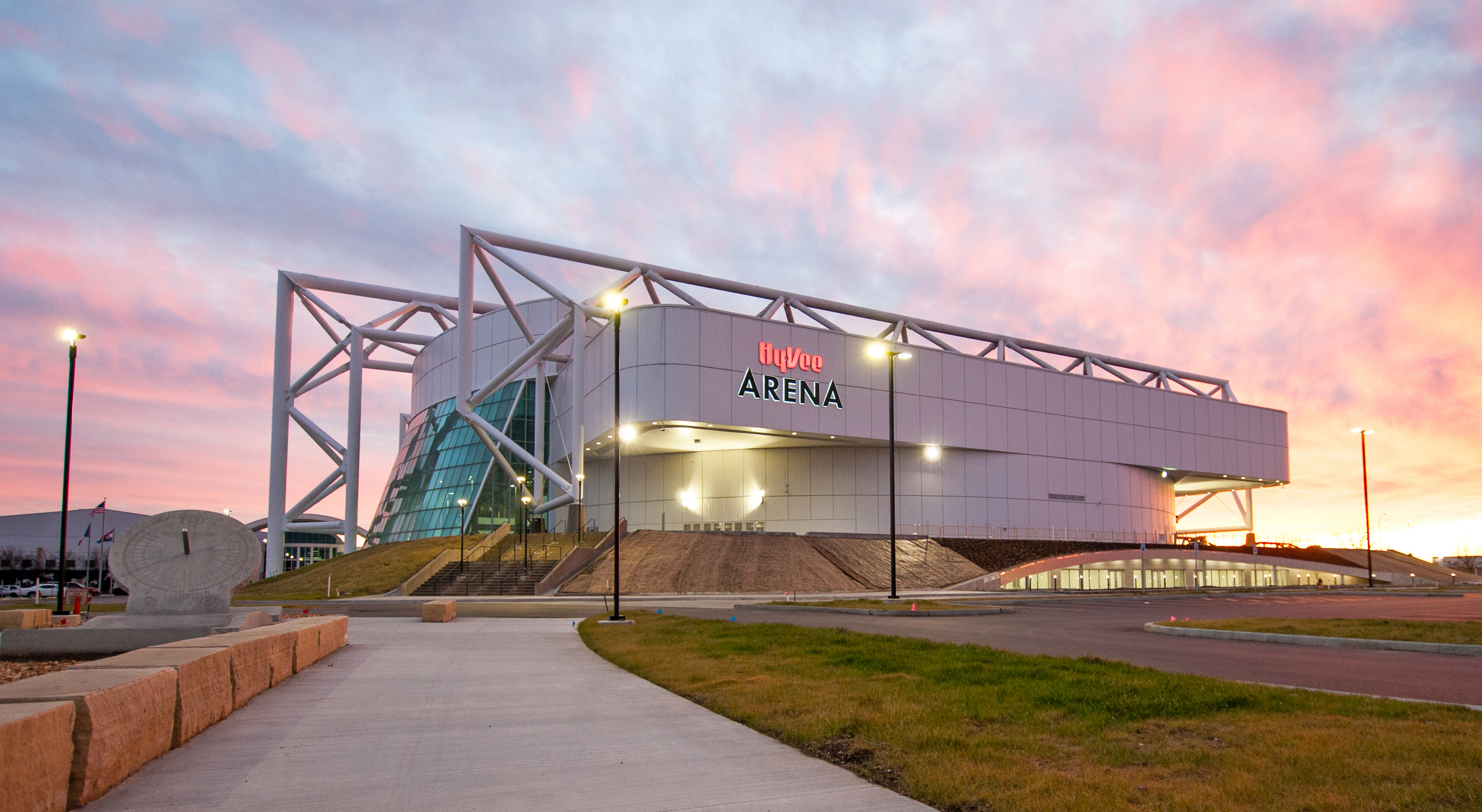 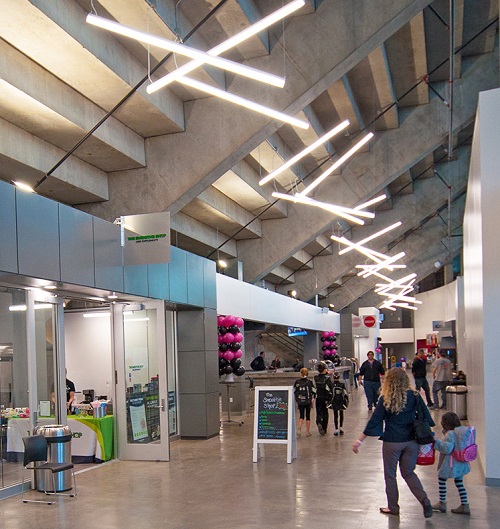 Listed on the National Register of Historic Places, the arena's renovations needed to meet aesthetic standards, as well as functional and energy-efficiency goals. Foutch Architecture and Development, Foutch A+D, invested more than $39 million in the arena's infrastructure to repurpose the building. Working with McCownGordon Construction, the building owner and design team devised a solution that inserted a second floor in the middle of the existing facility.

Mike Woolley, project manager with McCownGordon Construction, says, "The owner/designer wanted to get as much natural light into the building as possible. With the east and north elevations limited by historic guidelines, they had to turn to the south and west to add the new windows. On the interior, there used to be three or four walls blocking the light. We used interior glazing systems to extend the light all the way through to the corridor and into the interior suites that look out over the playing area."

To maintain the architectural heritage of the facility's exterior, Woolley added that the design team used Viracon's VE1-2M low-iron glass and vertical, white frit silkscreen pattern combined with Tubelite's aluminum framing set flush with the existing conditions and finished in a Super White color custom-matched, blended and applied by Linetec to create the desired effect.

After analyzing the finish on the former Kemper Arena's existing glazing systems, Linetec's in-house color laboratory customized a "Super White" color to match the owner's and historic review committee's standards. "Even with more than 50,000 in our library, sometimes, only a custom-match will work, especially for historical projects," says Linetec's marketing manager, Tammy Schroeder, LEED Green Associate.

"Our color-match computer, called a spectrophotometer, scans color samples and provides the recipe of tints and bases to precisely match the color sample,” says Schroeder. “Using this equipment, and years of experience, our lab technicians can match anything from a piece of metal, to a section of masonry, to a swatch of fabric."

"Having in-house blending capabilities allows us to better meet our customers' needs in hours not days or weeks. Typically, custom sample and color match requests are processed and completed in 24 to 48 hours for most in-house blendable colors."

In addition to the durable and sustainable qualities of the coatings on HyVee Arena's new glazing systems, Linetec also applied the thermal strut on Tubelite's Therml=Block® entrances. Adding insulating, thermal, polyamide strut to aluminum framing members separates the inside and outside metal, which greatly enhances the entrance system's thermal performance. This thermal break reduces the amount of heat transfer, therefore saving energy and increasing occupant comfort.

"The thermal performance was really important as Foutch A+D was not only the designer, but also the owner," says McCownGordon Construction's Woolley.

"We worked early on with Foutch Brothers' architectural team to select systems, finishes, glass color and silkscreen, energy analytics, etc. Tubelite and Viracon were the basis of design for this project," said Tubelite's representative, Doug Urich of Archon Fenestration Technologies. "We also worked closely with Byers Glass to help secure the project."

"It was an overall challenging project, but we were able to work together and get it done," acknowledged Kyle Kroh, project manager with Byers Glass. He noted that one of the ways Tubelite helped overcome the challenges was by "installing hardware on the doors ahead of time."