Pros and Cons of Envelope Backstops

Emerging requirements could have major implications for the glass industry 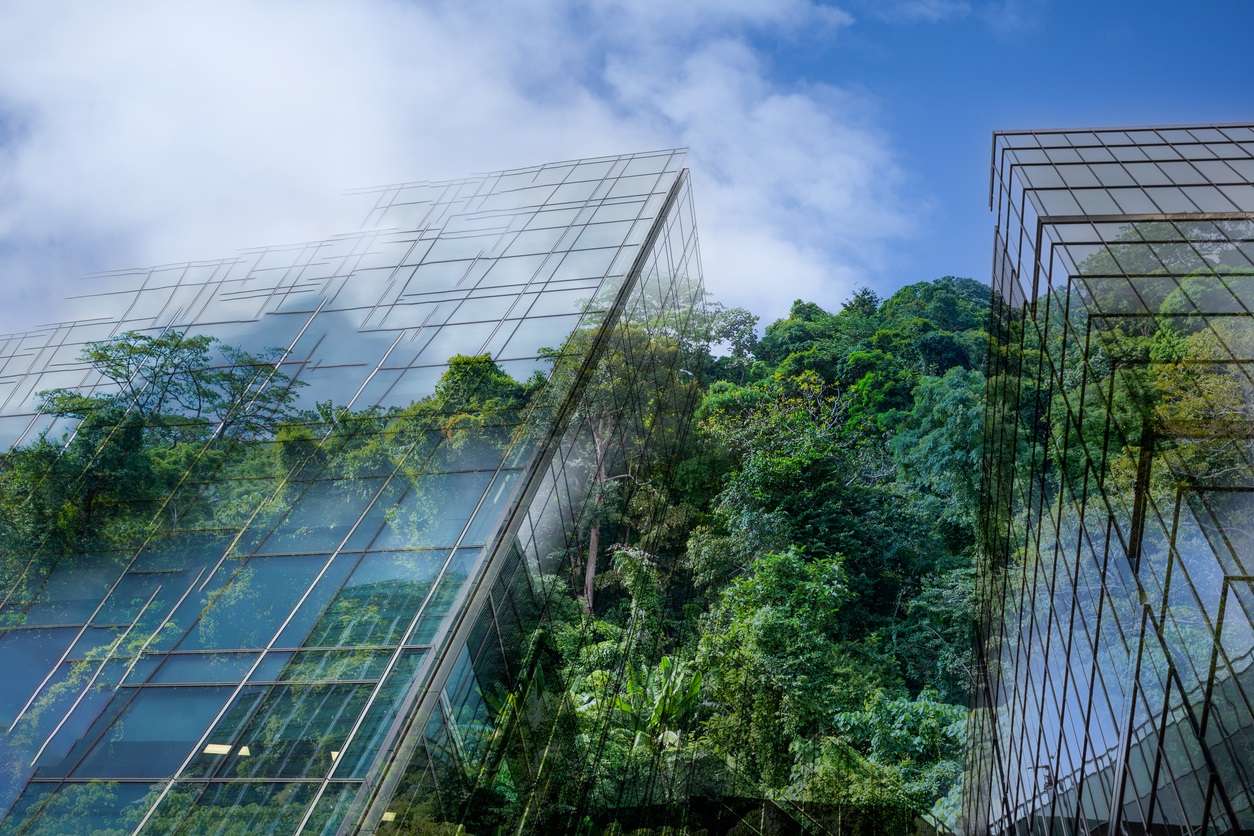 Envelope backstop requirements have been popping up in energy codes across the country in recent years, and they could have a major impact on the glass industry, according to speakers during a panel on backstops at the NGA Glass Conference: Chicago, July 18-20, hosted by the National Glass Association.

Backstops place caps on what can be “traded off” to meet performance requirements, thus necessitating a minimum level of envelope performance no matter what else is done to improve whole-building performance. The implications—both positive and negative—are significant for the glass and glazing industry, according to Helen Sanders, general manager, Technoform Glass Insulation NA at Technoform, and NGA code consultants Tom Culp, owner of Birch Point Consulting, Thom Zaremba, partner at Roetzel & Andress, and Nick Resetar, shareholder, Roetzel & Andress.

Prescriptive and performance paths, and backstops

To understand where envelope backstops fit into the codes, it’s helpful to put them in context with the traditional prescriptive and performance path options set forth in the energy codes.

The performance path requires the team to perform a whole-building model to demonstrate the same overall energy performance as a prescriptive baseline level, while allowing the design team flexibility to make changes in individual components. With the performance path, “You can make tradeoffs anywhere in the buildings to allow you to use different windows or change window area. … You just have to be able to show the overall building meets the energy requirement,” says Culp.

Envelope backstops, however, limit a project team’s ability to make tradeoffs when using the performance path. While there are several types of backstops in the codes, the requirements generally set performance limits for just the envelope, regardless of the performance of other elements of the building, from mechanical systems to lighting.

Envelope backstops are currently required in Massachusetts, New York City and the state of Washington. They are also coming in the new version of ASHRAE 90.1. However, the types of backstop requirements vary across the codes.

Overall envelope U-factor limits set a threshold for overall area-weighted average U-factor of the entire building envelope, including fenestration, walls, roofs and floors. The state of Washington and Massachusetts utilize some form of overall UA limits in their energy code requirements, says Culp.

Backstop requirements in the codes are new developments, and the industry doesn’t yet have data on how projects perform under the various methods, nor on how the requirements might impact the glass industry. However, the panelists noted several potential advantages.

Use of value-added products. Backstop requirements could drive use of higher-performing, value-added glazing products, panelists say.

More comfortable, resilient envelopes. Since real-world data from projects built using backstops aren’t yet available, and because the building must still meet the same overall energy efficiency in the performance path regardless of trade-offs or backstops, the panelists can’t say definitively if the projects will actually save any energy. However, Sanders argues that projects built using envelope backstops would require use of higher-performing glazing products, leading to more comfortable buildings and more resilient envelopes.

“If you improve the envelope, you make the building more comfortable,” she says. Additionally, “it makes buildings more resilient. If the power goes off in a severe climate event, the [better building envelope] will keep the building habitable, as it will be more likely to maintain a survivable environment.”

Response to the ‘energy hog’ label. Sanders adds that backstops—and the requirements for higher-performing glazing products—could help the industry counter the narrative that glass facades are poor energy performers. “Backstops drive better products. They give glass a better name. You don’t get issues with gas-guzzling skyscrapers,” she says.

Earlier involvement on projects. Architects designing a project to meet backstop requirements would likely bring glaziers into the process earlier, says Sanders. “Our glazing contractors complain that people who have a seat at the table with the architects are the HVAC contractors,” she says. “We want a seat at that table, and the way we get it is to have the higher-performing products.”

While the panelists acknowledged that there may be some potential benefits , they expressed serious concerns about the potential disadvantages and unintended consequences.

Increased costs of glazing. The panelists note that the performance caps imposed by backstops could lead to higher costs for glazing products, as project teams would only be allowed to choose from more costly, higher-performing value-added glazing options. They say this could lead some owners to opt to use less glass and more affordable, opaque, non-glazing envelope products to meet energy and budgetary goals more cost-effectively. “The ‘pro’ is that you’re selling higher value products. But maybe you’re selling less of something that’s higher value,” Culp says.

Reduction of WWR. An increased use of non-glazing products could lead to a lower window-to-wall ratio. “If the price of glazing goes up, demand for opaque wall goes up,” Resetar says.

Limited flexibility in glazing design. According to Zaremba, “caps on glazing in the performance path will severely and unfairly limit the flexibility that glaziers need to develop cost-effective glazing packages for ever-increasingly complex commercial buildings.”

Glaziers need this flexibility, Zaremba says, so they can best work with building owners to address a wide range of building conditions, such as different orientations, climate zones, wind loads; requirements for hurricane impact or fire-resistance or seismic conditions; the need for views and natural daylighting; historic applications; and more.

The National Glass Association and Glazing Industry Code Council have opposed backstops, due to their potential downsides and limits on flexibility, Zaremba says. “We see, and have always seen, backstops as a detriment and limitation on choices, and we’re opposing them now,” he says.  Other industry associations have also agreed with these concerns, with NGA, GICC, AEC, FGIA, and WDMA all voicing similar opposition to backstop proposals during the latest round of proposals for the 2024 IECC.

Nonetheless, no matter what happens with backstops in the codes, Zaremba says the positive result of these high-profile conversations regarding the proposals will result in higher-performing envelopes. “This discussion will drive better performance by driving more stringent prescriptive codes,” he says.