Aside from standard client visits, our last couple weeks included a trip overseas and a pair of in-person industry events. All of which had a feeling of normalcy topped with tremendous positive energy.

Face to Face at BEC and GPAD

Starting at the BEC and GPAD in Nashville, it was clear there’s an eagerness to see partners we’ve not seen in a while and develop new relationships. To be face to face, where we could actually see each other’s faces, was a relief and the best part was to shake the hands with everyone. We’ve been waiting for a chance to get back together in a way we may have taken for granted before; nothing like not fully appreciating what you have until it’s gone.

Normally, BEC and GPAD are two separate events. This year, they bridged them together, and what a success. Everyone we spoke with said they were glad they went and received a lot of value in the networking alone. If you’ve never attended either, put them on your to-do list. Hosted by the best, chalked full of great speakers, addressing challenges of today and tomorrow, it’s also an intimate opportunity to network within our industry.

Two weeks later, participation was strong again during Glass Expo Northeast held in New York. Many from Nashville were in attendance here as well. We all left saying the same thing again, what a great event and prospects were more active than we have seen in some time.

Get Ready for GlassBuild

What does this mean? It means get ready for GlassBuild 2022, this year is held in Las Vegas and another change for the better, held in October. This should be one for the record books and not just because DeGorter Inc. is celebrating our 100-year anniversary. In addition to the above, I want to give you four reasons why GlassBuild 2022 cannot be missed.

2022 is the #IYOG2022, International Year of Glass, as declared by the United Nations and GlassBuild America is our largest exhibition. This designation also couldn’t come at a better time. People appear far more comfortable to be in large crowds, and mask or no mask, it is clear we’re moving past fear.

There is a wealth of pent-up demand and an eagerness to see what we’ve been missing the last three years. Those that attend are coming for a reason, and for most it is not going to be to gamble. The energy in the world of glass during the International Year of Glass is going to draw a lot of attention, which means opportunity for you and there’s no better place in the USA than GlassBuild America.

2.    Talk with your partners directly

Business 101, define a problem and find solution. GlassBuild is always the place to find solutions and directly communicate with the glass industry. The forums and speakers are more than educational, they’re an opportunity to communicate directly with those solving our industry’s biggest challenges.
We can all agree there are no shortages (pun intended) of challenges. Provide your partners great value through insurances of a second, third and even fourth vendors which protect your supply chain. Use GlassBuild to find backup suppliers to protect your supply chain.

3.    Some things you can only find at in-person events

Virtual events, print marketing and advertising, and small events are great but there is nothing like walking the show of a large event and speaking with the people. Many companies do not advertise using traditional methods, but you can be certain there will be some widget putting their entire budget into the GlassBuild show.

Without being at GlassBuild, you may never know something exists, and if their product is excellent those that find it will have a competitive advantage. You don’t know what you don’t know, going to GlassBuild will help you determine what you didn’t know you were missing.

My last one is not intended to create panic, but it’s the large elephant in the room. We’ve enjoyed inexpensive borrowing, lots of growth, and ample investment for about a decade. Now we’re seeing things may be slowing down, especially the cost of money.

One thing that stood out to me from the keynote speaker, Brian Ahearn, of GPAD was when he spoke about the fear of missing out, or FOMO. FOMO is long a term I am familiar with, though most often associated with cryptocurrency. When he spoke about it, I instantly recalled several examples where I could already see that from partners over the prior months. I agree with Mr. Ahearn fully in the psychology behind the principle. With the possibility of slower growth on the horizon, FOMO about the last decade of growth may push swifter action, such as capital equipment purchases.

Fear of missing out on the last of a decade of growth may push swifter action as well.
Now you have four great reasons to put GlassBuild America on your calendar, October 18-20, 2022, at the Las Vegas Convention Center. Don’t take it from me, though, start asking others and see what they’re saying. I’ll make a friendly wager (redeemable only at GlassBuild) they’re planning on being there. We expect to see you there and supporting the International Year of Glass! 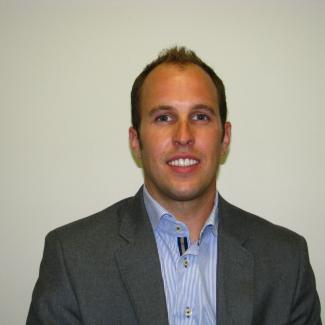 Pete de Gorter is vice president of DeGorter Inc. He can be reached at pete@degorter.com.