Why a teamwork mentality is crucial

The other week I watched Russell Wilson walk onto Lumen Field wearing a Bronco’s jersey. Wilson had been the Seahawks quarterback for 10 years and even led us to a Super Bowl victory against his new team. Whether you were for the trade, against it or indifferent to it, you have to admit the players—Wilson included—put it all out on the field.

There’s no doubt that Wilson is a superstar, but a few key fumbles and poor decisions from the entire team led the Broncos to a nail-biting defeat. While some said the Seahawks current quarterback, Geno Smith, would be a step-down from Wilson, he was able to keep his team together and focused on the win. The season opener in Seattle all but proved the idea that you win as a team, not as a single player.

In the construction industries, like on the football field, teamwork is essential.

Learning from the gridiron

The whole situation reminds me of psychological contract theory, which assumes a certain level of commitment and cooperation exists between employees and their employers. While important employee contracts are drawn up and signed, a psychological contract is an intangible agreement based on individuals, perceptions and assumptions. It's unique to each employee in a company and develops over time.

This sometimes presents challenges in navigating the workplace, but it also helps a team or company reach its full potential.

On site, it helps keep a project moving safely while pushing everyone to grow in their trade. On the planning and manufacturing side, teamwork improves the quality of work and contributes to better solutions to known and unforeseen issues. Without a clear thread from the designer all the way to the subcontractor crews, there will always be the risk of fumbling.

Working together toward a single goal sidelines some of those risks, and to do that we need to understand both our individual and collective perceptions and assumptions.

The workplace environment has changed over the last couple of years, and I often think about how these contracts have shifted. With a large portion of the white-collar work force at home, are psychological contracts stronger or weaker? Or are they just different? And whose responsibility is it to clarify miscommunications about psychological contracts? Maybe these are currently unanswerable questions, but asking them is necessary to make our industries better.

Keeping your eyes on the endzone

Thinking about PCT, teamwork and losing players, I can’t help but be reminded of the labor shortages in the construction industry. Every year, we see reports about how we need more skilled laborers in the job market. Most of these reports discuss how this can affect project completion dates. And yes, that’s true, but what about the strain it puts on those in the industry? It’s tough out there, and the job market is not what it was 20 years ago. This makes it even more important to remember we’re all on the same team, supporting one another.

From the planning phases to the ribbon cutting, we’re all working to create built environments that elicit positive occupant experiences, that push the envelope on what’s possible in building design. To bring this back around to football, in the talks before the Seattle – Denver game, Wilson said, “I don’t worry about anything else other than [being the best]. I think my focus has always been on winning, what we can do, how we can add great players and everything else.”

I think that no matter what industry you’re in but especially in the construction world, that’s the attitude to take: always looking to be the best at what you do and surrounding yourself with people who are similarly driven. When these are what motivate you, victory will come—even if it’s only by one point. 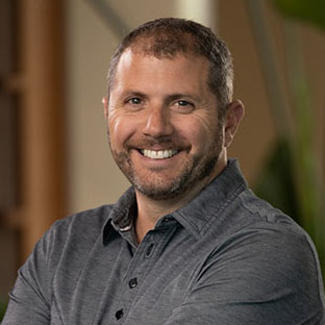