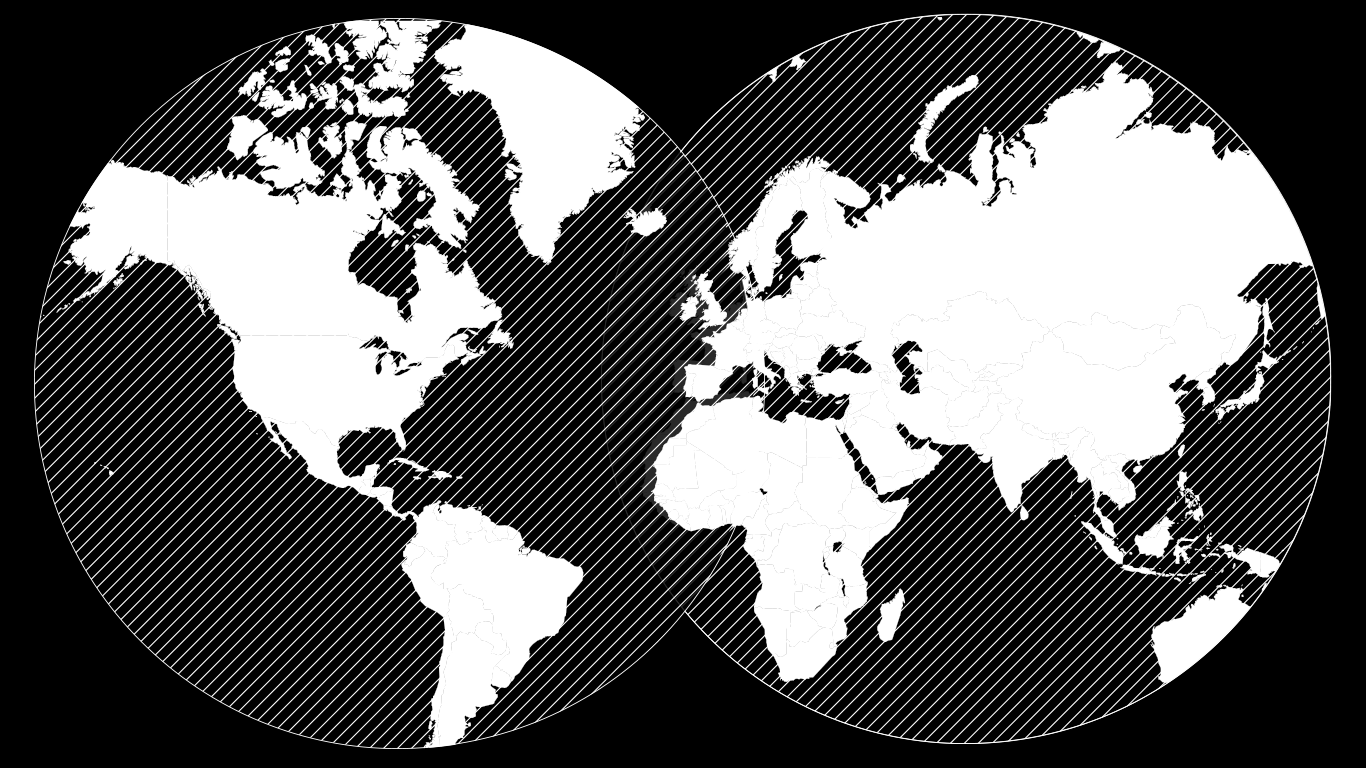 Visit worldofglassmap.com for a searchable map of global float glass locations. Get details about each plant and download a database of locations, with additional address and contact information. The database is updated throughout the year and is free for National Glass Assoc. members.

Last year’s float glass update told a story of relative stability for the industry. This year’s report, of course, finds a different, uncertain future—by the time it is published, the world will have experienced the COVID-19 pandemic for roughly a year.

Like the rest of the glass industry, float glass manufacturers across the world faced economic and manufacturing reversals in early 2020 as the pandemic led to partial or complete shutdowns.

“The primary challenges for us have been flexibility. COVID-19 created a lot of upheaval in terms of customer demands and changing delivery schedules, so adapting to those demands on the fly was probably the greatest challenge we faced as a result of the pandemic,” says Nathan McKenna, director of marketing and innovation for Vitro Architectural Glass.

As of publication, most companies that release financial results reported year-over-year decreases for sales and revenue. Nevertheless, several companies’ interim reports have shown easing financial indicators since the first quarter of the fiscal year, a time that coincided with many manufacturing disruptions due to the first wave of COVID-19.

During the pandemic, major players in the industry continued to make major business decisions. Şişecam completed a merger of its main subsidiaries in October, in order to increase the company’s competitiveness globally, according to Ahmet Kırman, CEO. By contrast, Saint-Gobain sold its stake in Sika, a Swiss construction chemicals manufacturer, after a long-contested buyout.

Despite the crisis, glass manufacturing continued to expand and innovate during this time.

Last year’s report saw the end of Xinyi Glass Canada’s plans to locate its first North American float plant in Guelph-Eramosa, in Ontario, Canada. Xinyi’s plant, proposed to the city in 2018, was eventually rejected by the local council due to concerns regarding water usage.

Since then, Xinyi has identified a new location, Stratford, also located in Ontario, as the potential new site for its $400-million float facility. After two public online meetings with city residents, who again raised concerns regarding the plant’s environmental impact, as well as how the zoning of the proposed site, residents staged a protest regarding the plant. As of this writing, the future of the plant’s construction remains unclear.

The opening is part of the NSG Group’s continued investment in the solar market. The company also opened a new furnace at a production facility in Ho Chi Minh City, Vietnam, to supply the solar market. In the company’s second quarter fiscal report, NSG officials cited robust sales in the solar glass market as one of the factors in improving financial indicators.

Vitro closed one of its two float production lines at its automotive facility in Meadville, Pennsylvania. In an official statement, Vitro leadership said the decision was due to the drop in demand from U.S. automotive manufacturing and compounded by the broader economic impacts of the pandemic.

Continued growth, and recovery from the 2008 Great Recession, is predicted by “Global Flat Glass - Demand and Sales Forecasts, Market Share, Market Size, Market Leaders,” a comprehensive report from market research firm Freedonia Group. The report shows recovery in demand and production of flat glass for North, Central and South America in the next few years. North America will experience a total 1.2 percent increase in compound annual growth between 2018 and 2023 with regards to flat glass demand (Fig. 2), according to the report, and a 1.1 percent increase in production for the same time frame (Fig. 3).

The industry outside the Americas also struggled with the realities of growing and expanding during the pandemic. The glasstec Virtual conference, held in October 2020, hosted “Glass Associations Summit,” a panel presentation and discussion with the heads of international glass associations that included a status update of the glass industry during COVID-19. Panelists for India, the European Union and Germany all pointed to the automotive industry as the hardest-hit sector for flat glass production, and EU and Germany representatives said that some float lines had been on hot hold during the pandemic.

Gaorong Han of Zhejiang University, representing the Chinese Ceramic Society during the panel discussion, provided some insight into China’s expanding place in the world of glass. According to Han’s presentation, the country has over 370 float lines, with about 230 currently in production, as of 2019.

Data from “Global Flat Glass - Demand and Sales Forecasts, Market Share, Market Size, Market Leaders,” a comprehensive report from market research firm Freedonia Group, mirrors Han’s predictions in terms of Asia’s share of the float glass market. The report projects that the Asia/Pacific market demand for float glass will grow by 5.1 percent (Fig. 1) from 2018-2023. The Asia/Pacific market similarly leads in production (Fig. 2) and is projected to grow 5.2 percent from 2018 to 2023.

The sudden onset of COVID-19 created logistical manufacturing barriers, but also appeared to exacerbate and compound other economic and market strains. AGC Glass Europe cited the pandemic, but also ongoing market overcapacity, when it announced it would be closing one of its two float lines at its Boussois, France, location.

Saint-Gobain and Guardian Glass faced similar situations. Saint-Gobain leadership proposed the closure of its L´Arboç, Spain, plant—which has one line—due to market realities pre-dating the pandemic, including market overcapacity. In June, Guardian Glass informed Luxembourg’s economy minister that the company would close its Dudelange float facility, which has one float line, according to Delano, a Luxembourg-based publication.

According to the reporting, company officials cited the uncertainty of demand for flat glass, which officials did not feel would return until 2023, as a major reason, as well as the financial investment the older plant requires.

While logistical and market realities were strained at the onset of COVID-19, major float companies continued to open new locations and make capital investments toward manufacturing high-performance float glass.

Poland’s glass industry continued to see investments from Guardian and Saint-Gobain. Guardian Glass opened a new float line at its facility in Czestochowa, which is one of two facilities it owns in the city. The new float line is Guardian’s largest, according to Guus Boekhoudt, Guardian Glass executive vice president. Guardian also launched a new coater at the facility in July 2020, which is the second coating line at the facility. Saint-Gobain also added a new jumbo coater to its plant in Dąbrowa Górnicza, Poland in July.

In Turkey, Şişecam continued its expansion by adding a new float furnace to its facility in Ankara’s Polatlı district. The furnace, which represents a $130-million investment, offers a capacity of 240,000 tons, increasing the plant’s total capacity to 540,000 tons.

Azerbaijan and Vietnam also saw float openings this past year. Azerbaijan Float Glass Co. kicked off the year with the announcement of its new float line, which has a production capacity of 330 tons per day.

Gaorong Han of Zhejiang University, representing the Chinese Ceramic Society during the panel discussion “Glass Association Summit,” part of glasstec Virtual, named industry partnerships as an important way to innovate, especially to mitigate the worst effects of crises like the pandemic. 2020 certainly saw this trend continue, and possibly grow, as major float manufacturers made strategic partnerships with academic and private research firms to develop new technologies.

In November, NSG/Pilkington announced a partnership with C-Capture, a private company originating from the University of Leeds, that researches carbon-capture, or the prevention of carbon dioxide emissions from reaching the atmosphere. Emissions from float glass manufacturing cannot be contained by existing carbon-capture technologies because they contain high levels of impurities. NSG has also tested the use of hydrogen as an alternative fuel at its Greengate Works location in St. Helens, in the U.K.

NSG Group also formed a partnership toward supplying high-tech glass. The company is collaborating with the Fluids in Advanced Manufacturing team at the University of Cambridge to develop methods of printing conductive materials onto curved surfaces; currently this is only possible with flat glass surfaces. The innovation would allow for new applications in architectural sectors by making glazing more multi-functional, according to the company; glazing could help detect pollution, incorporate heating elements and act as digital signage.

AGC Glass Europe developed a partnership with Citrine Informatics to use artificial intelligence in the manufacture of high-performance glass. AGC Glass will provide data to Citrine, which will be used in the creation of AI models. Citrine can use these models to help discover the best process conditions that produce high-performance glass materials.

Visit NGA’s worldofglassmap.com for a searchable map of global float glass locations. Get details about each plant and download a database of locations, with additional address and contact information. The database is updated throughout the year and is free for NGA members.

The NGA published an Environmental Product Declaration for flat glass products sold in the U.S. The declaration is valid for five years for clear, low-iron and tinted glass products that have been manufactured in an unprocessed annealed state. Glass that has been coated, heat-treated, or undergone any secondary processing is not within the scope of this declaration.

The NGA developed a resource that addresses frequently asked questions regarding compliance of glass in buildings in accordance with the California AB262 legislation, also known as the Buy Clean California Act.

“The Buy Clean California (AB262) legislation has generated a lot of questions about its impact on the use of glass in construction in the state,” says Chris Dolan, Guardian Glass and member of the NGA Forming Committee. “We think stakeholders and other interested parties will find the NGA Frequently Asked Questions a helpful document. It summarizes key elements of the legislation, defines flat glass and processed glass to their respective Product Category Rules (PCRs) and offers guidance on what is required when bidding on California state-funded projects.”

The FAQs go into detail on additional topics, including: