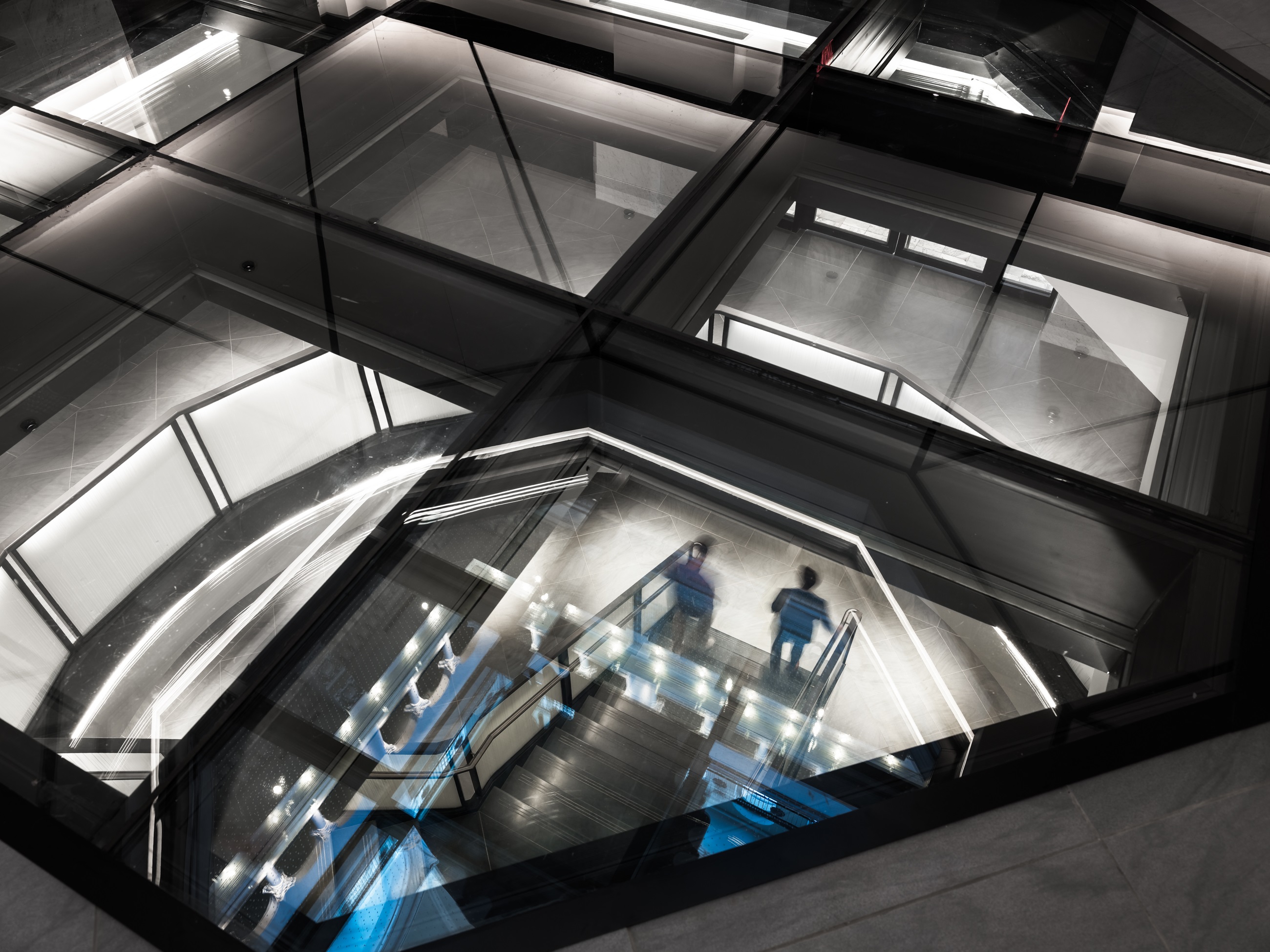 Constructed in 1899, the historic Fayette County Courthouse was one of the first fully electrified structures in the city. Its heralded central dome used electric lighting to create a star-like ceiling visible to occupants from the ground floor entrance. But in the 1960s, this one-of-a-kind viewing experience was obscured, and has only been recently restored with the aid of Technical Glass Products’ Fireframes ClearFloor product.

The view of the signature dome was originally blocked when a new central elevator shaft and heating and air conditioning equipment were installed. As the Lexington Herald-Leader newspaper reported, “Over the next 60 years, the dome area deteriorated and became home to pigeons and other birds. Only courthouse and maintenance staff—and the occasional reporter—saw the dome.” The building remained in this declining state until 2002, when it was vacated by the Fayette County Courthouse. The city eventually shut down the historic courthouse in 2012 due to concerns about deterioration and asbestos hazards. 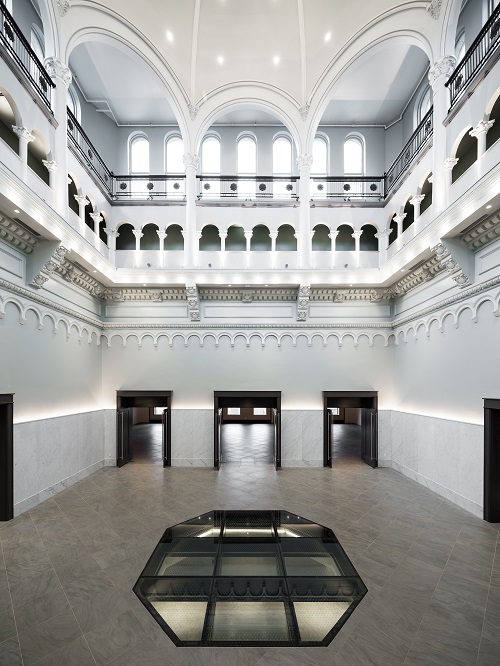 Unwilling to let such a historic building go to waste, the City of Lexington approved a $32-million renovation of the building in 2016. They hired K Norman Berry Architects, in conjunction with Deborah Berke Partners, to convert the courthouse into a beautiful, modern mixed-use office and restaurant space, with leasable event rooms in the upper rotunda. According to K Norman Berry Architects, the goal was to “preserve the character of the building, especially its existing architectural fabric, while updating it for a new mix of uses to once again make the building an accessible and dynamic focal point of downtown.”

During this process, a key point of emphasis was restoring the splendor of the building’s original domed area. The design team put plans in place to reconstruct the plastered interior of the dome and add lighting to evoke a starry sky. To spatially connect the lower floors to the dramatic upper domed space while bringing the building up to current fire- and life-safety building codes, they specified two Fireframes ClearFloor fire-rated glass floor systems from Technical Glass Products. The fire-rated glass floor systems were centered and aligned under the dome on the third and fourth floors.

To meet the requisite needs of the space, the fire-rated glass floor systems consist of Pilkington Pyrostop fire-rated glass; a tempered, laminated walking surface glass; and a steel framing grid. The systems are fire-rated for two hours and provide a barrier to flames and smoke, as well as radiant and conductive heat. In the event of a fire, this ensures their surface remains cool enough for individuals to walk across for the duration of their two-hour fire rating.

With the help of fire-rated glass floor systems, the dome is now on display for all to see. As the Lexington Herald-Leader newspaper reported when the building first opened for public viewing, “Visitors marveled at the glass floor in the center of the new fourth floor of the courthouse. That glass floor—also on the floor below—will allow visitors on the first floor to look all the way up to the dome.”