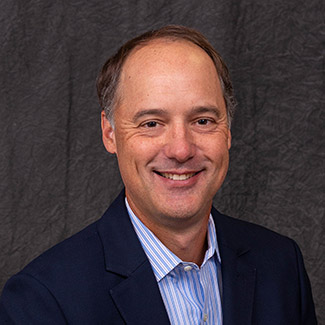 Weis’ promotion is part of an effort to integrate all Carlisle Construction Materials brands, including Petersen and its PAC-CLAD architectural metal products, into its organizational structure. Similar organizational changes are taking effect within other Carlisle brands as part of Carlisle’s Vision 2025 plan, which includes a goal of investing in and developing exceptional talent.

Weis began his career at Petersen in 1999 as southeast sales manager and advanced to become southeast regional manager in 2014 for the past seven years, during which time revenue in that region grew by 230 percent. Prior to joining Petersen, Weis was a sales manager at Reynolds Metals Co. for five years.

“It’s humbling in many ways to be given this opportunity,” Weis says. “I have had the good fortune to learn from the best, namely Mike Petersen, John Palesny and Tom Bell. To have always had their support and guidance over the past 20-plus years has meant everything to me.”

“It was a logical decision to promote Mike to this leadership role,” says Mike Petersen. “He has been demonstrating effective leadership skills since he came to Petersen more than 20 years ago, while helping to grow PAC-CLAD’s brand recognition in the Southeast to an unprecedented level. Mike will do an excellent job leading Petersen into the future.”

Nick Shears, president of Carlisle Construction Materials, explains the decision to promote Weis. “Mike Weis has been chosen due to his extensive and successful leadership experience with Petersen. He will be a key figure in the continued geographic expansion of Petersen which, along with Drexel Metals, will remain an independent brand as part of the Carlisle Architectural Metals group.”

Petersen is a leader in the commercial architectural metals space, “and we intend to remain there,” Weis says. “We know what we do well. We have decades of knowledge and expertise in commercial metal roofing and metal wall panels along with other closely associated products. We plan to build on this solid foundation and continue to bring more value to our distributor and contractor partners as well as to the architectural community, while following sustainable business and manufacturing practices. Being part of the Carlisle family also opens new avenues for Petersen to better serve the market through product development, geographic expansion and a solid network of support.”

Weis believes the quality of Petersen’s staff is responsible for the company’s growth and success. “At Petersen, we are all fortunate to be surrounded by the best this industry has to offer. The culture, the professionalism, the customer focus, the family mentality, make us who we are. When we combine all things ‘Petersen’ with the best that Carlisle delivers, there is no doubt that the future looks very bright,” he says.