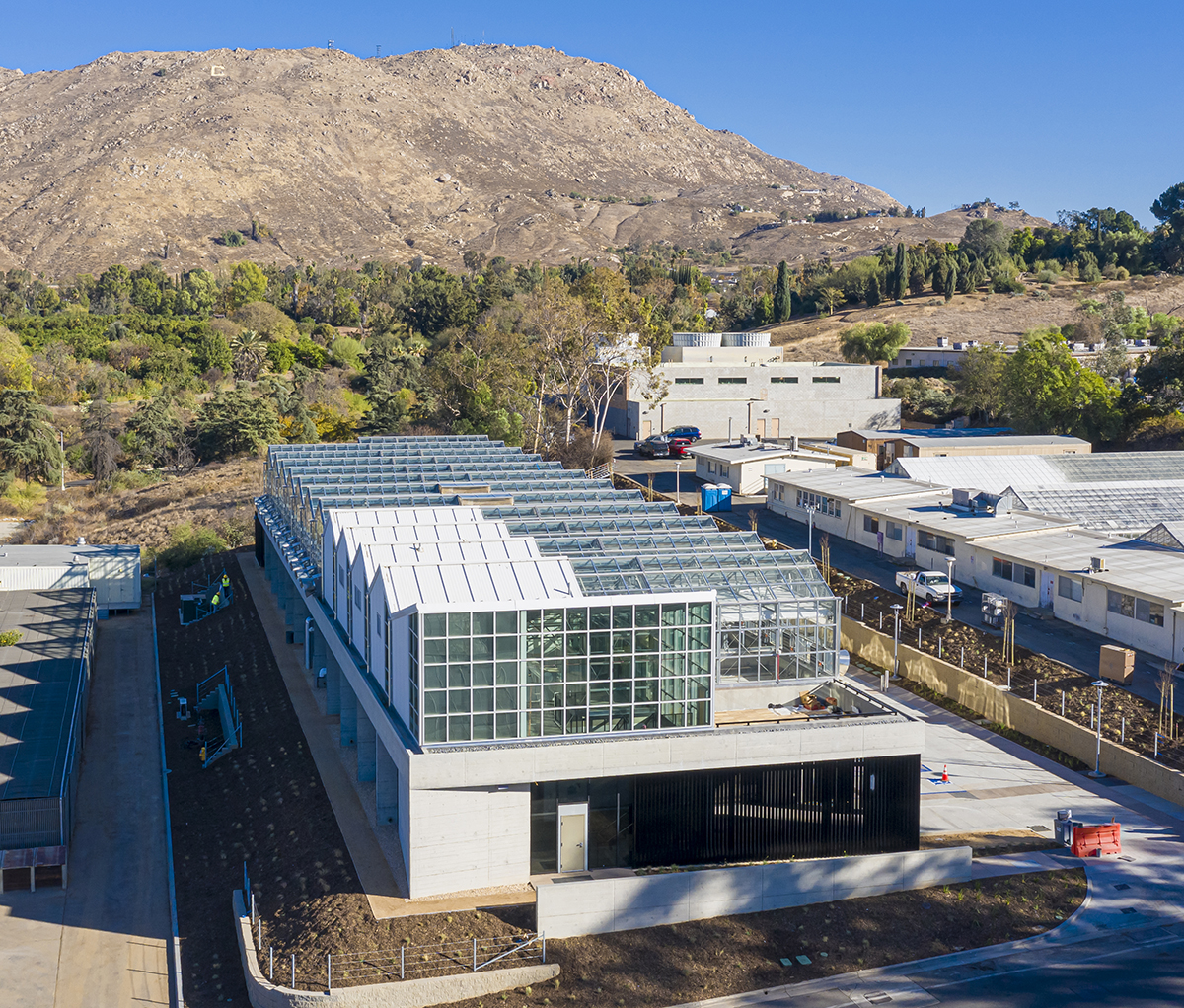 In 2020, Giroux Glass completed installation of the Plant Growth Environments Facility, a scientific research building on the campus of University of California, Riverside, equipped with a 14,500 square- foot, state-of-the-art greenhouse. The final construction stands as a collaboration between two architects; Stuppy Greenhouse, a firm that specializes in greenhouse design, and Perkins and Will, who developed plans for the building’s overall structure. Stuppy Greenhouse also served as a co-general contractor, along with DPR General contracting.

Giroux Glass was enlisted for its glazing services on two separate portions of the building. First, the company provided material and labor for the HEAD house, the lower level of the building housing classrooms, labs, and offices, which serves as the base of the greenhouse structure. The scope there included installation of an Arcadia’s T-500 Curtain Wall System and Trulite’s 1-inch insulated units, with Solarban 70XL. 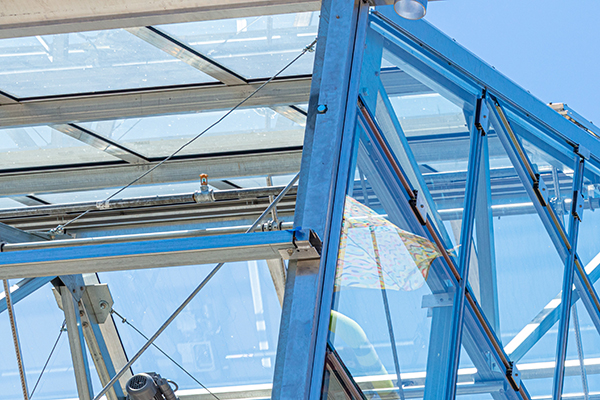 The greenhouse portion on the top level comprised the second phase of Giroux’s  work. The greenhouse system developed by Stuppy came equipped with its own set of materials and parts, but the design on its own turned out to have some issues when it came to water intrusion. For a research greenhouse requiring full climate control, this was an obvious issue. That’s where the Giroux Glass team was able to go above and beyond their initial “labor only” role to also provide consultation on the project’s design.

Though the Southern California climate is notoriously temperate for most of the year, it does experience certain extremes. Winters can be quite rainy, while summers are unforgivably hot and dry. These opposing weather conditions often cause aluminum frames to expand and contract, which can result in some major leaks once the rainy season rolls around. Fortunately, Giroux Glass has been working in the region for decades. Though this was the company’s first greenhouse project, its team has extensive knowledge regarding the materials used, and how they needed to be installed and protected to solve this problem.

The team worked very closely with both GCs to adjust the greenhouse’s design in order to make it completely secure. It also fell on our team to develop water testing procedures that would sufficiently gauge the effectiveness of our revisions. After several change orders, we were able to get the structure completely shored up and watertight. Now, this research greenhouse is equipped to meet the high climate control standards its hardworking scientists require to conduct their experiments.