The Glass Guru Franchise promoted Rob Lopez to the position of vice president of franchise business development.  The promotion signifies the importance the work Lopez has done since coming aboard The Glass Guru franchisor team in 2015. His ongoing dedication to the success of each individual franchise location makes him well-suited to this new challenge.

Lopez has served in a diverse array of professional roles, including being a New Jersey juvenile probation officer, State of New Jersey investigator for the Public Defender’s Office, USIS Private intelligence, and a State of Ohio civil right investigator.

Lopez’s franchise journey began with the acquisition of his own ServiceMaster Clean franchise. For eight years, Lopez grew a great team and infrastructure. Lopez served for two years on ServiceMaster Clean’s Regional Franchise Council. His franchise location was considered one of the organization’s high-performers, even as he was running his Florida-based franchise location as an absentee owner living in California for the last two years that he owned the franchise.

Lopez spends the bulk of his days speaking with franchise owners around business leadership, strategic thinking, and the execution of important local initiatives proven to fuel franchise growth and profitability. He’s uniquely skilled at getting business professionals to make important promises to themselves about growing their business, say company officials. He then contracts with franchise owners as their dedicated business coach to help facilitate the realization of their own dreams.

"From the first time I saw Rob speak to a group of owners at a franchise convention, I absolutely knew we had found a gem,” says Dan Frey, founder and CEO,The Glass Guru Franchise Systems Inc. “Rob has an infectious leadership quality and rounded experience from his time in the military, semi-pro sports and then as a successful franchise owner himself with a large property restoration brand. Rob has demonstrated his ability to connect with owners and get them focused on the numbers, tasks and good habits that matter most.  I greatly look forward to seeing Rob continue to positively impact the organization in this new leadership role." 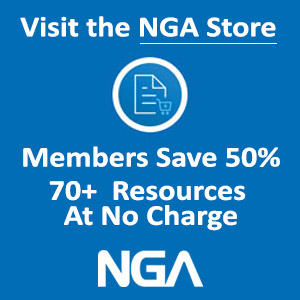