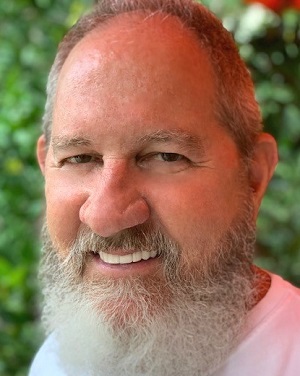 Randy Beard, longtime general manager and chief financial officer of Crawford-Tracey Corporation, will be retiring this month. Beard joined the company in 2005 and has played a leadership role in Crawford-Tracey’s success and tremendous growth over the last fourteen years. Crawford-Tracey Corporation has become the largest glazing contractor and commercial window manufacturer based in Florida, specializing in unitized and pre-glazed curtain wall and window wall products.

As general manager, Beard has helped lead the company through some significant milestones and secure some of the company’s most significant commercial projects. He has seen some major industry changes over the years. “One of the most important developments in the past decade was the shift toward a more streamlined statewide building code,” says Beard. “When the Miami-Dade codes were integrated into statewide codes via the [high velocity hurricane zones], it simplified the way we did business. Product approvals were simplified, and in the long run, this helped our customers as well.”

Beard was also instrumental in Crawford-Tracey’s plant expansion in 2018, which doubled the existing space and capacity. “We were incredibly lucky to have an adjacent roofing company plant space suddenly become available. The Crawford family has always been financially conservative, and we had the resources to take advantage of the opportunity to significantly increase our capacity. It’s paid off for us in many ways.”

Beard helped lead the company through the 2007-2008 recession. “Many of our competitors went out of business at that time, but we were able to keep our workforce in place,” says Beard. “We had them spend their time preparing for an upturn in economy, and the strategy paid off. When things improved, we were ready with key staff in place.”

Beard foresees trends in the industry that could become mainstream. “We’re seeing a shift toward modular building products,” says Beard. “This could help cut costs on the job site and ensure controlled factory-built quality.” Another trend is flood barriers. “With recent hurricanes causing so much flooding, the industry is searching for ways to improve flood barrier systems that are in place around-the-clock. Flood-resistant storefront panels could be one solution. Crawford-Tracey, known for its extremely high-water rating of 100 psf, has already been approached by customers interested in this idea, according to company officials.

Beard and his wife, an avid photographer, plan to retire to Jacksonville Beach, Florida, to be with friends and family. He plans to do volunteer work, boat, fish and enjoy nature.