Total construction starts fell 9% in August to a seasonally adjusted annual rate of $1.25 trillion, according to Dodge Construction Network. The decline, however, comes on the heels of a massive increase in July that saw the start of three large manufacturing plants and two LNG export facilities. In August, nonresidential building starts rose 7%.

How commercial and institutional construction fared

Nonresidential building starts, however, moved 7% higher in August to a seasonally adjusted annual rate of $569.6 billion. August’s gain comes on the heels of a massive increase in July that saw the start of several large manufacturing projects. Supporting the August gain were an airport terminal, a chip fabrication facility, and a large hotel and entertainment complex.

The largest nonresidential building projects to break ground in August were the $9.5 billion New Terminal One at JFK airport in Jamacia, New York, the $8.5 billion Samsung chip fabrication plant in Taylor, Texas, and the $1.1 billion Gaylord Pacific Hotel and Convention Center in Chula Vista, California.

“While construction starts activity continues to be dominated by mega-projects like chip fabrication plants, the middle and lower end of the value spectrum is holding up well,” says Richard Branch, chief economist for Dodge Construction Network. “This is a sign that organic growth in the construction sector has not yet been undermined by the concern of a potential recession in 2023. While higher interest rates may undo this support in the coming months, the industry is in a very good position to continue modest growth.” 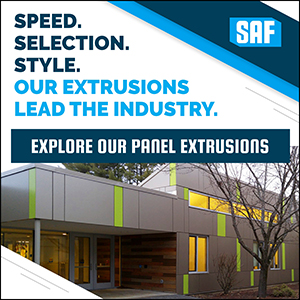