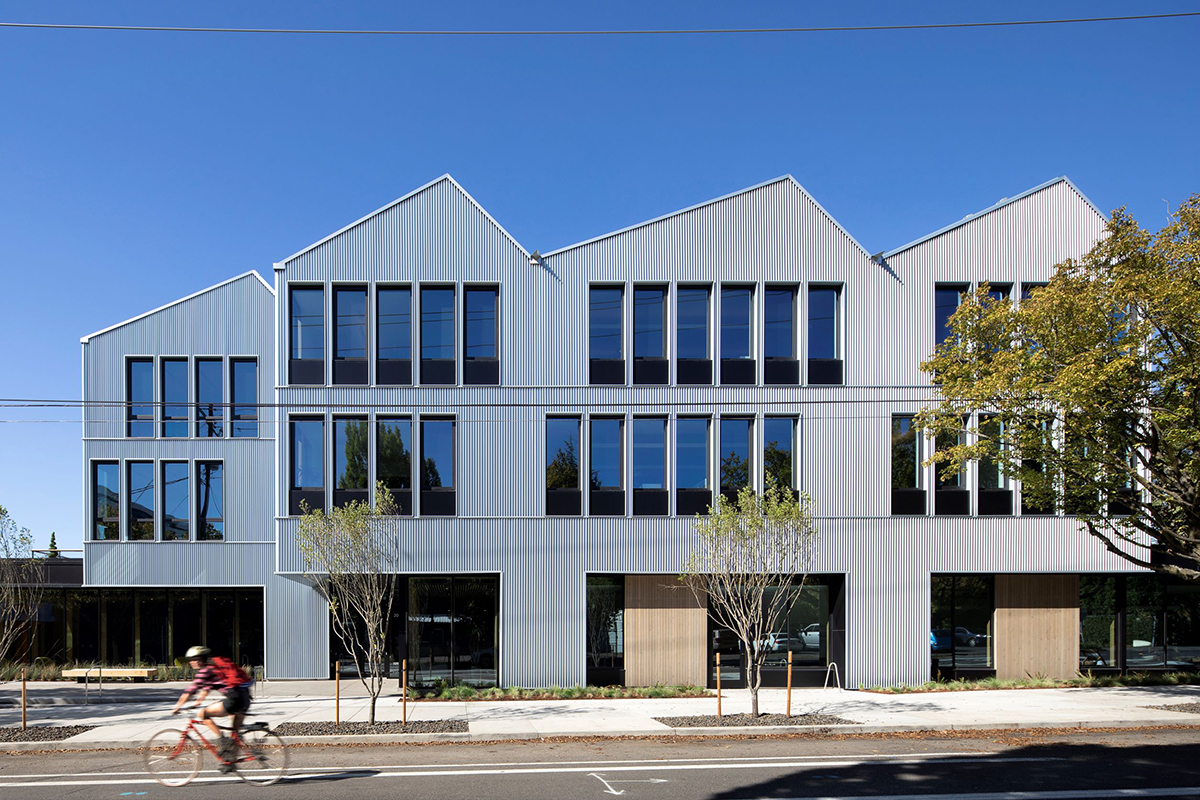 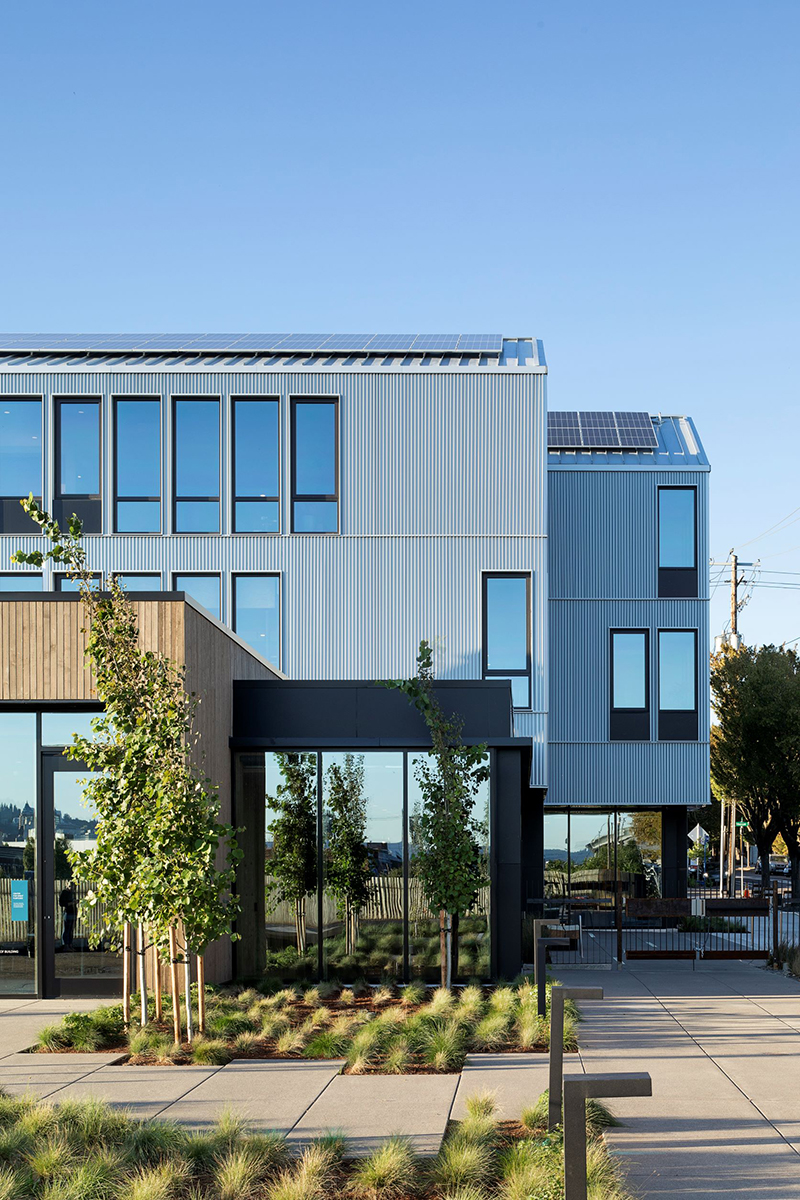 As Oregon’s first project to pursue LEED certification at the Platinum level, the Meyer Memorial Trust in the heart of Portland’s urban community combines investments in social equity and sustainability through building elements that include a saw-toothed photovoltaic (PV) roof, textured metal cladding and large, inviting windows fabricated with Solarban 67 glass by Vitro Architectural Glass.

Portland-based Lever Architecture specified the advanced solar control, low-emissivity glass to support daylighting goals and to create a transparent barrier between the indoor and outdoor spaces of the new center. The building was constructed by the state’s largest private foundation with funds seeded by the estate of regional supermarket magnate Fred Meyer.

“We typically use Solarban 60 glass, but for this building we needed a glass coating with a lower [solar heat gain coefficient], especially with large façade exposures on the west, south and east,” said George-Michael Rusch, RA NCARB, an associate with Lever.

With a SHGC of 0.29 in a standard one-inch insulating glass unit, Solarban 67 glass not only met the project’s performance goals, but it also helped achieve the specific aesthetic Lever was seeking for the project. The glass “has a nice grayish hue without much green tint,” Rusch explained. “On the top floor, the glass reflects the sky while still allowing inviting views to the interior on the ground floor when under a canopy or overhang.”

The building is deliberately set back from the property line to create a welcoming “front porch” with plants, seating and views of the center’s large conference room, which is called the “Center for Great Purposes,” a phrase from Meyer’s will.

The ground-floor curtain walls on the east and south facades feature large glazing bays that emphasize the transparency of the Trust’s public programs and showcase the beautiful timber interior and large blue-gray display wall in the lobby and function space. Mounting the curtainwall system directly to the load-bearing mass plywood columns enhanced this effect.

On the second and third stories of the 19,800-square-foot facility, Lever specified tall, punched windows, which, according to Rusch, “create a simple rhythm that does not take away from the massing and allows the texture of the metal panels to accentuate the form with shadow and light play.”

The openings are intentionally staggered, with each window group corresponding to a specific program area. To maximize daylighting and views, each grouping contains at least three windows across the width of a 12-foot office area. “That gave us around a 40-inch width when allowing for structure between the punches,” Rusch added.

For consistency on the elevations, all the window punches appear to be the same full floor-to-ceiling height, except for offices with furniture on the perimeter where, for contrast, Lever added a dark aluminum composite panel below the windowsill.

Reflecting the organization’s equity goals, all workspaces are afforded the same natural light and views, with the prime corner spaces reserved for conference rooms, a dining space and a library.

In addition to turning its benefactor’s former tow-truck storage lot into a community anchor, the Meyer Memorial Trust building is enrolled in the Path to Net Zero with Energy Trust of Oregon. Beyond the high-performance glazing and solar roof, the structure incorporates multiple other sustainability features, including an energy-efficient building enclosure and heating, ventilation and air-conditioning system, on-site stormwater management, regional materials and native plantings.