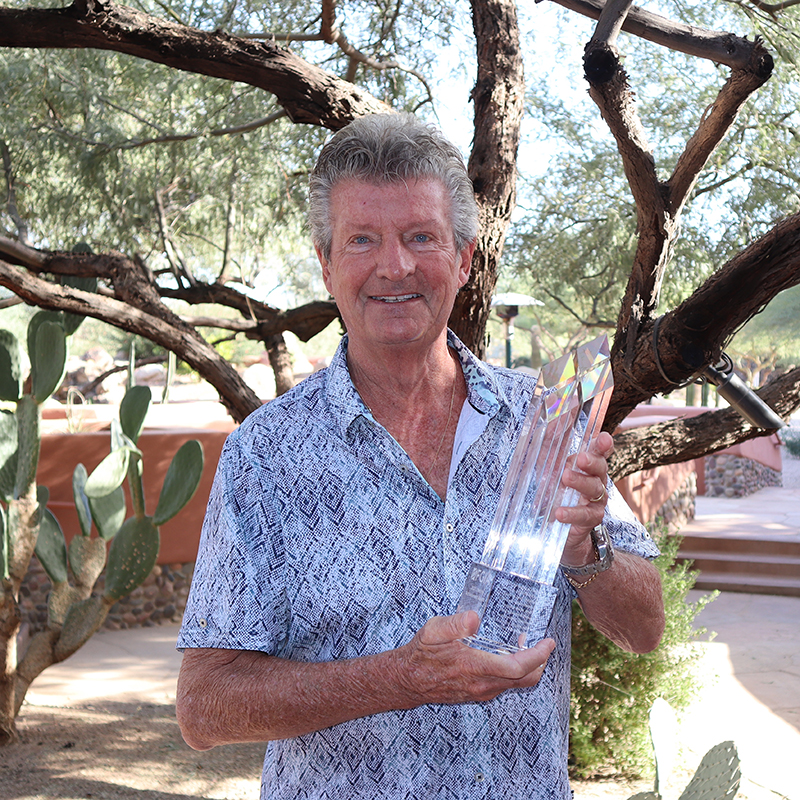 The Fenestration and Glazing Industry Alliance awarded Georges Thiret, Graham Architectural Products, the first-ever FGIA Lifetime Achievement Award. This prestigious award recognizes an individual who has dedicated significant resources throughout the majority of his industry career to guiding and achieving the strategic objectives of the organization, and who is distinguished in thought leadership, extensive contributions, vision and impact relative to the organization and the industry.

Thiret was recognized during the 2021 FGIA Hybrid Fall Conference in Phoenix. The industry peers who nominated him described Thiret as a consistent, active leader since the early 1980s within what was formerly the American Architectural Manufacturers Association, and now FGIA.

“It’s hard to say goodbye. I want to thank everyone for their support. This has been a great ride. I’ve been involved since 1978. I’ve been proud to be chairman twice, I’ve been on the board for a long time. Now it’s time to make room for the younger, smarter, stronger. And I know this industry right now is producing those individuals. And this industry is very healthy,” says Thiret, now a consultant for Graham.

Thiret has held a multitude of leadership roles within the organization, including serving two separate terms as chairman of the board, and he was the 1998 recipient of the Outstanding Member Award. Having served for many years as the Chair of the Sites Committee, he is credited with evolving AAMA events into some of the most well-renowned gatherings in the industry.

“Georges has been significantly influential in AAMA's evolution, culminating in the unification with IGMA to form FGIA,” says Janice Yglesias, FGIA executive director. “The Association is proud to present him with this award, which serves as a well-deserved tribute to a wonderful person and member.”

Thiret was a leader in advocating for material-neutrality within the North American Fenestration Standard and for its harmonization between the U.S. and Canada. He also served as a key driving force behind bringing supplier companies and vinyl materials interests into the Association, the latter of which was the catalyst for the AAMA Profile Certification Program.

“Georges’ industry contributions and influence extend well beyond the association world. He was instrumental in evolving Graham into a leading commercial fenestration products company,” says Steve Fronek, vice president of preconstruction at Apogee Enterprises and longtime FGIA board member. “Additionally, he was a pioneer of accessible operable windows in public schools. He has served as a collaborative voice, bridging technical and marketing expertise, and steadily encouraging strong industry relationships.”

A presence who influenced many colleagues to become active industry leaders, former Graham employees describe him as an excellent leader and strategist who was well-liked, respected and trusted by his team. Thiret has been with Graham since the late 1980s.

“By regularly encouraging collaborative work with other industry organizations, Georges helped build our association into the highly influential and credible entity that it is today,” says Yglesias.