Ten Takeaways from the 2023 Forecast

Prepare for what’s next with leading construction economists 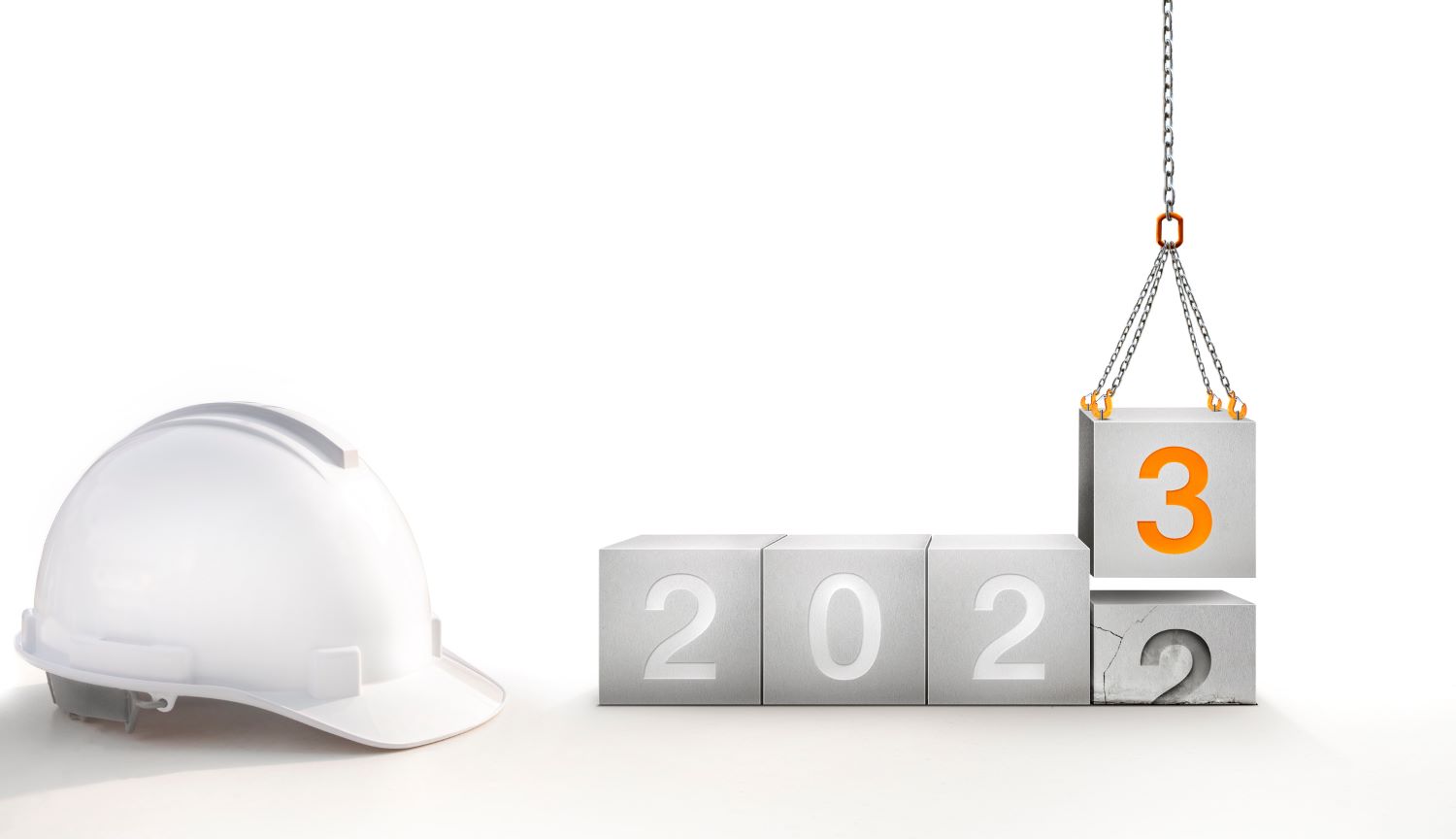 Glass Magazine's 2023 forecast is based on presentations from the 2023 Annual Outlook Forecast Conference from Dodge Construction Network, and Resources for a World of Economic Uncertainty: ConstructConnect Semiannual Economic Webcast.

1 | The overall U.S. economy is headed for a slowdown

The U.S. economy is already showing early signs of a slowdown in response to notable economic concerns, such as inflation and rising interest rates, and geopolitical uncertainty, most notably from the continuing conflict in Ukraine. That slowdown will be felt in some—though not all—parts of the construction economy in 2023, according to leading building sector economists.

“There is a growing list of troubling indicators for the broader economy,” says Kermit Baker, chief economist for the American Institute of Architects.

“As the clouds of uncertainty mount on the fate of the economy in 2023, the construction sector has already started to feel the impact of rising interest rates,” says Richard Branch, chief economist for Dodge Construction Network. “The Federal Reserve’s ongoing battle with inflation has raised concerns that a recession is imminent in the new year. Regardless of the label, the economy is slated to significantly slow, unemployment will edge higher, and for parts of the construction sector it will feel like a recession.”

The economists note that all forecasts are based on current conditions. Any number of major domestic or international events could upend projections for the coming year. “Our forecasts assume that nothing else crazy happens in the world. What are those elements: China, Taiwan, further violent escalation in Ukraine, sustained production cuts from OPEC. There’s talk of a rail strike—that could be a revolutionary event,” says Branch. “We are walking on the razor’s edge. And in our estimation, there is a very narrow path to avoiding a technical recession.”

3 | Inflation will slow, and interest rates will peak in 2023

Despite the slowdown, construction industry companies should see some relief from rising costs as inflation begins to moderate. “Inflation seems to have crested,” says Baker.

Additionally, firms should also expect interest rates to peak in mid-year 2023 at 1.0 to 1.5 percentage points above current levels, says Baker. “The Fed is expected to begin cutting interest rates by late 2023 or early 2024,” he says.

Baker estimates that any potential recession in 2023 will be short-lived—“at about eight months”—and less severe.

One key indicator for future industry performance began to show signs of weakening in late 2022. The Architectural Billings Index from the American Institute of Architects provides a glimpse at construction activity nine to 12 months down the road. Following a very positive 2021, readings continued in positive territory throughout the first three quarters of 2022. However, the October reading fell to 47.7 (any number below 50 indicates a decline in design firm billings).

“Economic headwinds have been steadily mounting, and finally led to weakening demand for new projects,” says Baker. “Firm backlogs are healthy and will hopefully provide healthy levels of design activity against fewer new projects entering the pipeline should this weakness persist.”

However, the Dodge Momentum Index posted increasingly strong numbers throughout 2022. The DMI is produced by Dodge Data & Analytics and measures the initial reports of nonresidential building projects in planning, which provides a roughly 12-month forecast for future construction spending.

In October, the DMI increased 9.6 percent over the previous month, led by a massive performance in the commercial building segment (up 13 percent) in addition to smaller gains in institutional building (up 2.9 percent).

“The sustained upward trajectory in the Momentum Index shows optimism from owners and developers that projects will continue to move forward, even with rising concerns of an economic recession,” says Sarah Martin, senior economist for Dodge Construction Network. “Specific nonresidential segments, such as data centers and life science laboratories, have thrived in 2022 and continue to support strength in planning activity. As we move into next year, however, labor and supply shortages, high material costs, and high interest rates will likely temper planning activity back to a more moderate pace.”

6 | Economists eye retail, hotel and health care for growth in 2023

Leading construction forecasts vary in projects for the coming year, ranging from more optimistic (a 6-percent increase in nonresidential spending, per the AIA Consensus Construction Forecast Panel), to a more tempered outlook (a 3-percent dip in overall construction spending, when adjusted for inflation, from Dodge Construction Outlook).

Residential spending, which was among the strongest of segments in 2020 and 2021, has already started to falter and is expected to continue its decline in 2023. The residential sector is expected to constrict by 2.7 percent in 2022 and to fall another 0.4 percent in 2023, according to ConstructConnect. “There’s been extraordinary strength in residential construction over the last several years, which is about to subside and give a higher weighting to nonresidential work,” says Carrick.

The construction sector should see an easing in material costs in the coming year, says Ken Simonson, chief economist for the Associated General Contractors of America. Material input costs have been slowing. Meanwhile, bid prices, which were sitting well below input costs, have increased, relieving some cost pressures for construction firms.

“We’ve seen huge declines in lumber, steel and aluminum. But we’ve seen increases for plastics, gypsums, cement concrete and architectural coatings,” says Simonson. “It really is quite a different story depending on what materials contractors buy.”

Among 15 materials that feed into the Producer Price Index for construction cost changes, 11 materials have seen prices decrease in the third quarter of 2022. And among the other four, none have increased more than 4.5 percent, according to Carrick. “There are still some stunningly high year-over-year cost advances … but the latest three-month results show clear signs of moderation,” he says.

9 | Labor struggles may ease in 2023 for nonresidential construction

However, Simonson notes that long-term issues remain. “One reason contractors are not able to build up employment levels [is that] there just aren’t enough workers out there. Openings are at an all-time high. … The industry wants to hire twice as many people as it was able to bring on board,” he says.

Adding to labor challenges are construction wages. “Other industries have increased pay more sharply than construction. … Industries that paid minimum wage boosted pay to $16 to $18 an hour,” Simonson says. Adding to the challenges, “construction work has to be done onsite in any kind of weather starting early. Other jobs offer more flexibility,” he says. “Construction will have continued difficulty filling jobs.”

The world is headed toward a net-zero energy revolution, which will offer major growth opportunities for the construction industry, says Alex Carrick, chief economist for ConstructConnect. “I am really optimistic about the outlook for construction over the longer term,” Carrick says. “There is a longer-term movement underway that will be as important as the industrial revolution and the technology boom. The whole world is moving toward [net-zero energy] by mid-century. … This will have huge implications.”

Carrick’s outlook for the net-zero energy revolution includes: more renewables, a proliferation of NZE-related mega projects, green-friendly spending initiatives (such as those in the Inflation Reduction Act) and more.